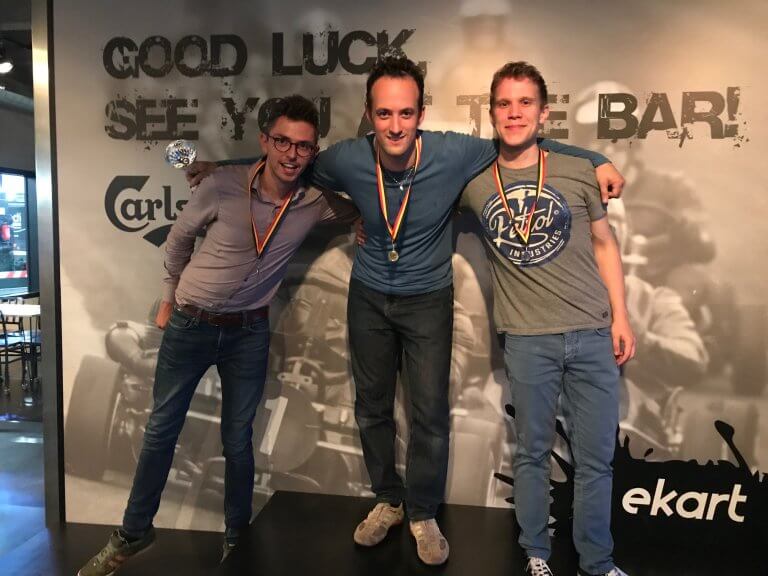 Yesterday we had another one of our team events. This time we went down to Ghent to have dinner. Afterwards we went for a drive at ekart. And what an experience…

For starters we had dinner at Hal 16. Besides a lot of special (unknown) different kind beers, we had some great pizza’s and BBQ. The pizza was really good, but oh my… That BBQ was simply exquisite! I’ve never had something like that before. Even the vegetables were simply A-MA-ZING! Even Goedele (our sales) will confirm that. Because she’s a vegetarian she knows what good vegetables are 😉 In short, I have never been so happy to eat my veggies. But let’s have the pictures tell the story. 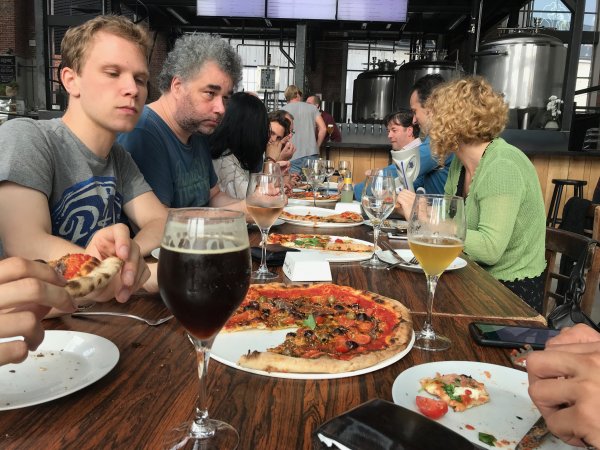 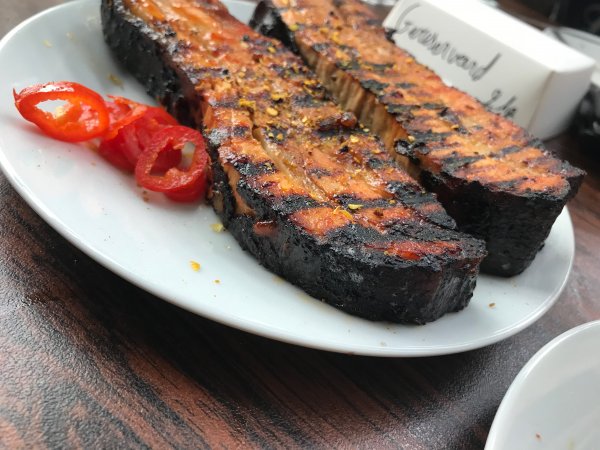 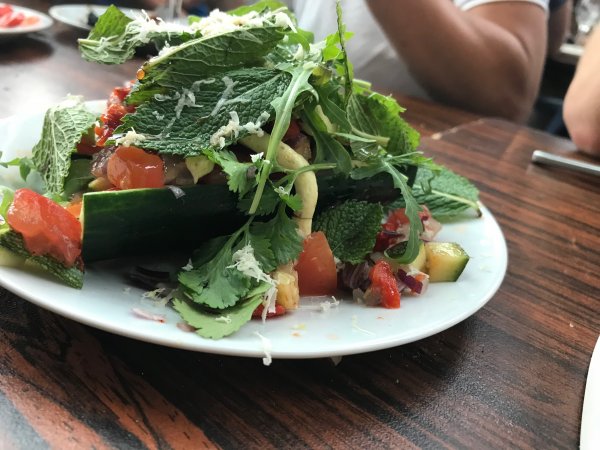 After the extraordinary dinner we went for a drive next door. At ekart you don’t just get a kart. You get an electric kart. More acceleration, less noise, less heat, … In total we drove 4 heats (or rounds). The first 2 were qualifications. Our group of 16 (!) was divided into 2 after which we needed to ride 1 lap as fast as we could during our heat. The fastest 8 people from the 2 groups were put in the finale A and the slowest 8 were put in finale B. Or as we call them, the snails 🙂

The B finale was won by Tom Kenis, Stefan Dewaele was second, Freek D’Hooge third.

The A finale was won by Karim Amri, Senne Janssens came in second and Dries Van De Weghe became third.

The B finale was certainly more exciting than the A category (except for third place).
Congratulations to all the winners!!! 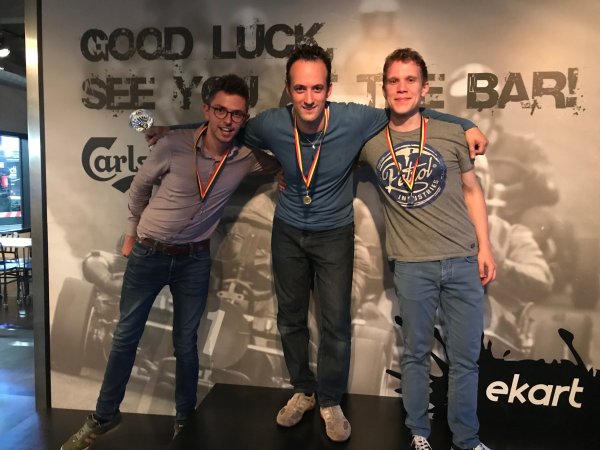 If you want to join our company then send us your resume! 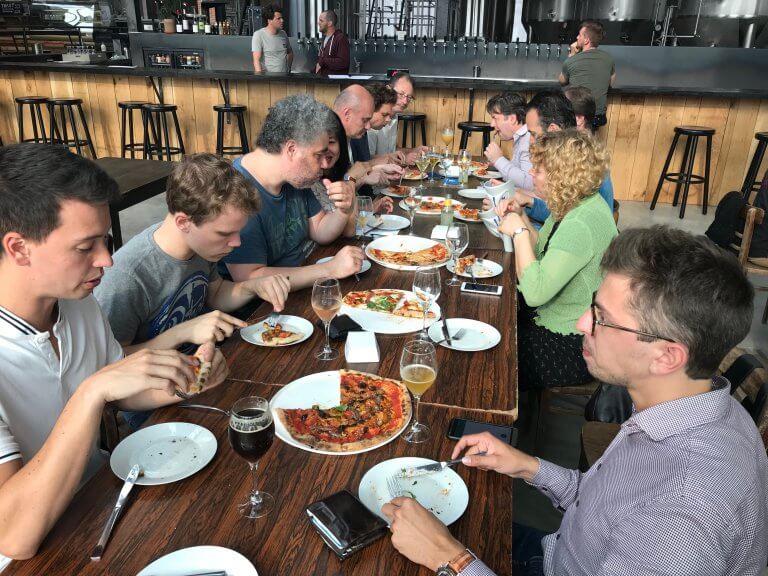 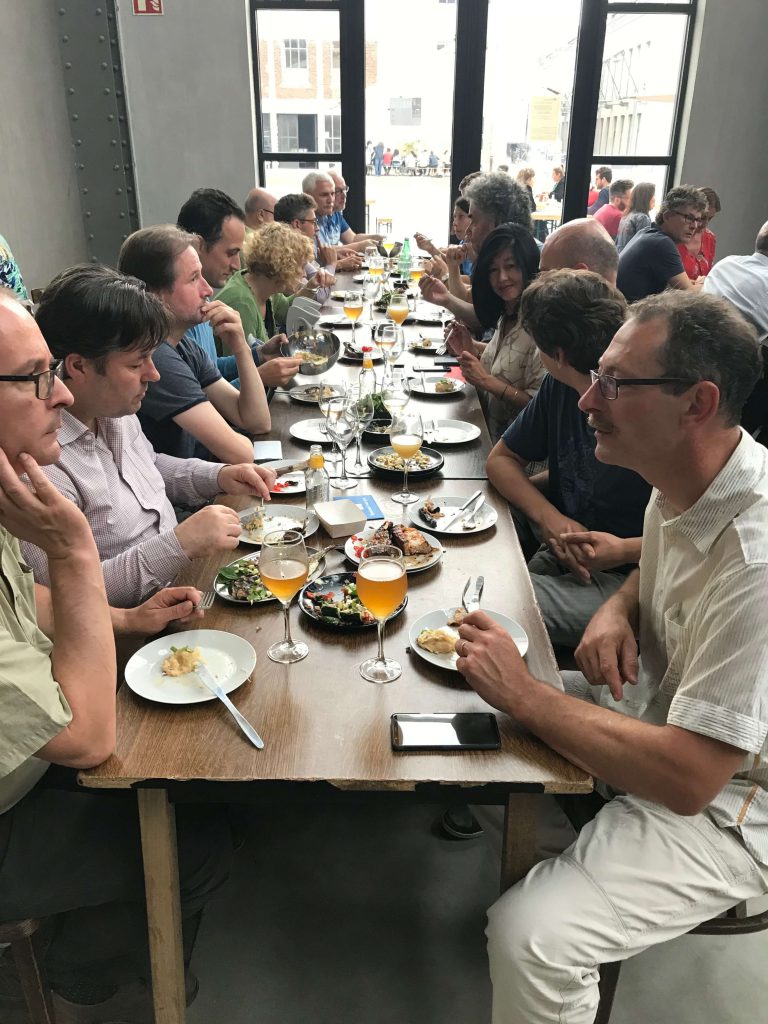 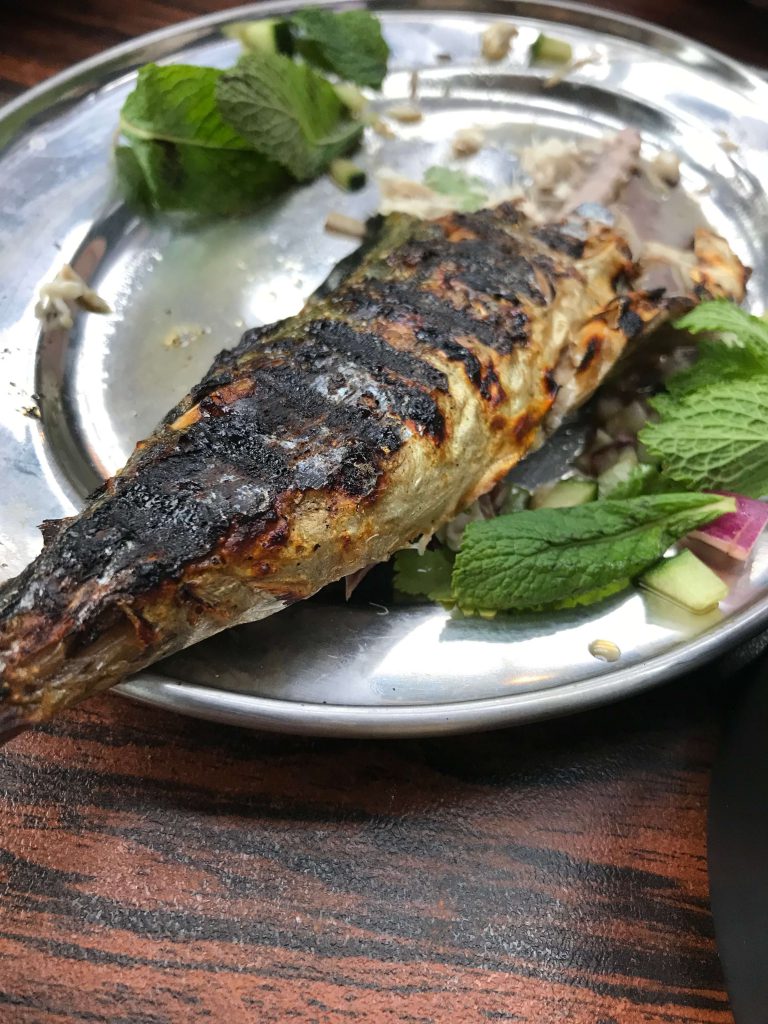 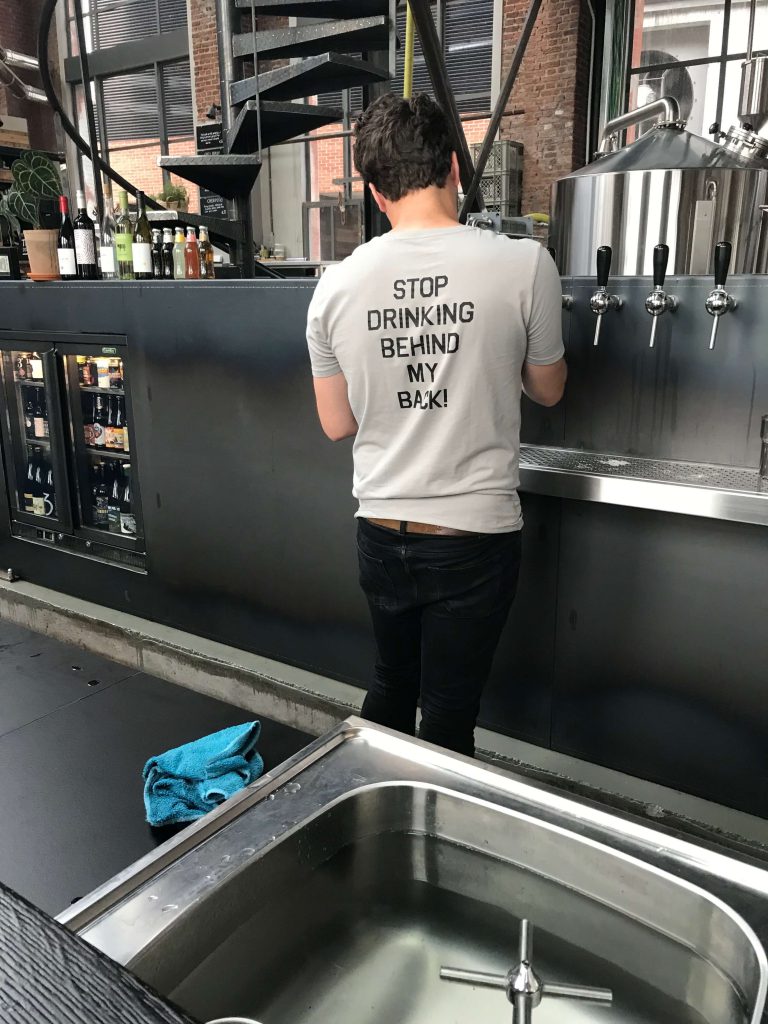 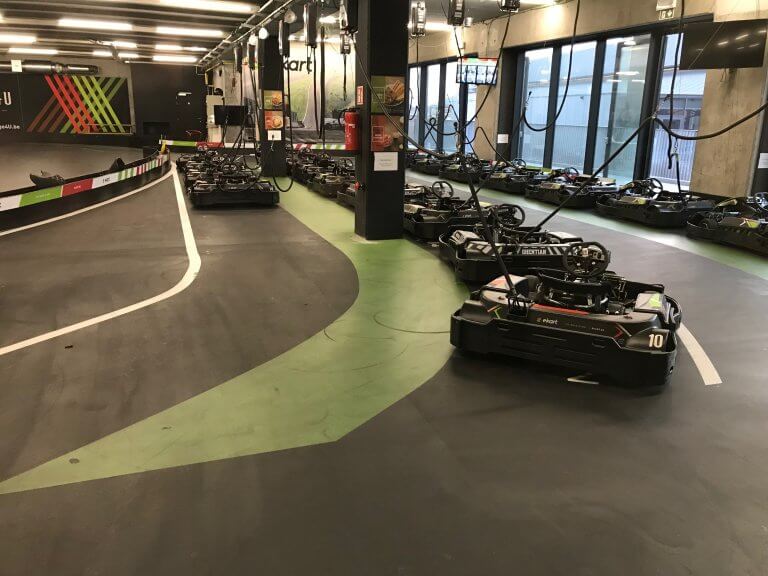 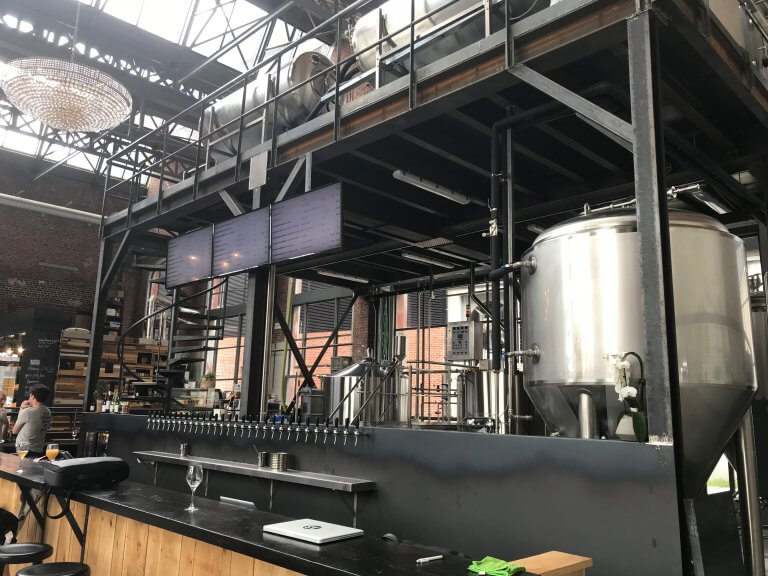 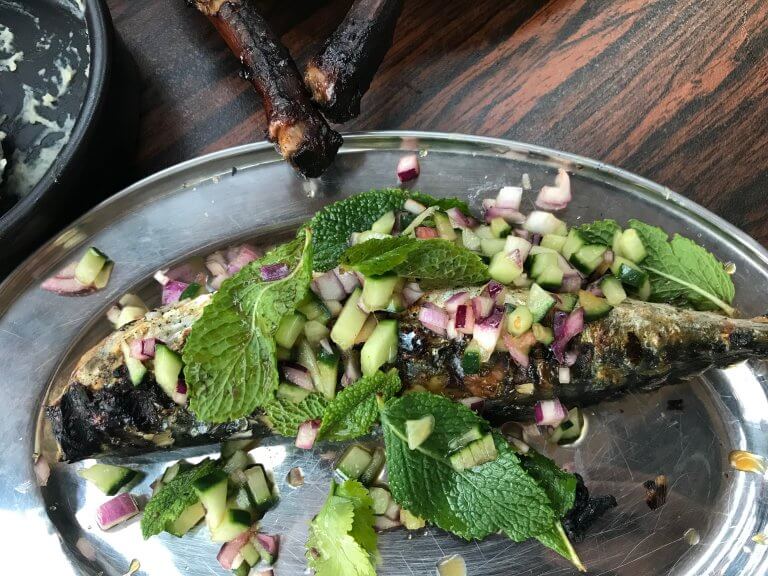 Check out our Oracle support notes page for the most useful MOS notes.

Facebook
Twitter
Google+
LinkedIn
RSS
Menu
We use cookies to ensure that we give you the best experience on our website. If you continue to use this site we will assume that you are happy with it.Ok